The Australian dollar was tumbling – then Donald Trump stepped in

The Australian dollar was tumbling – then Donald Trump stepped in 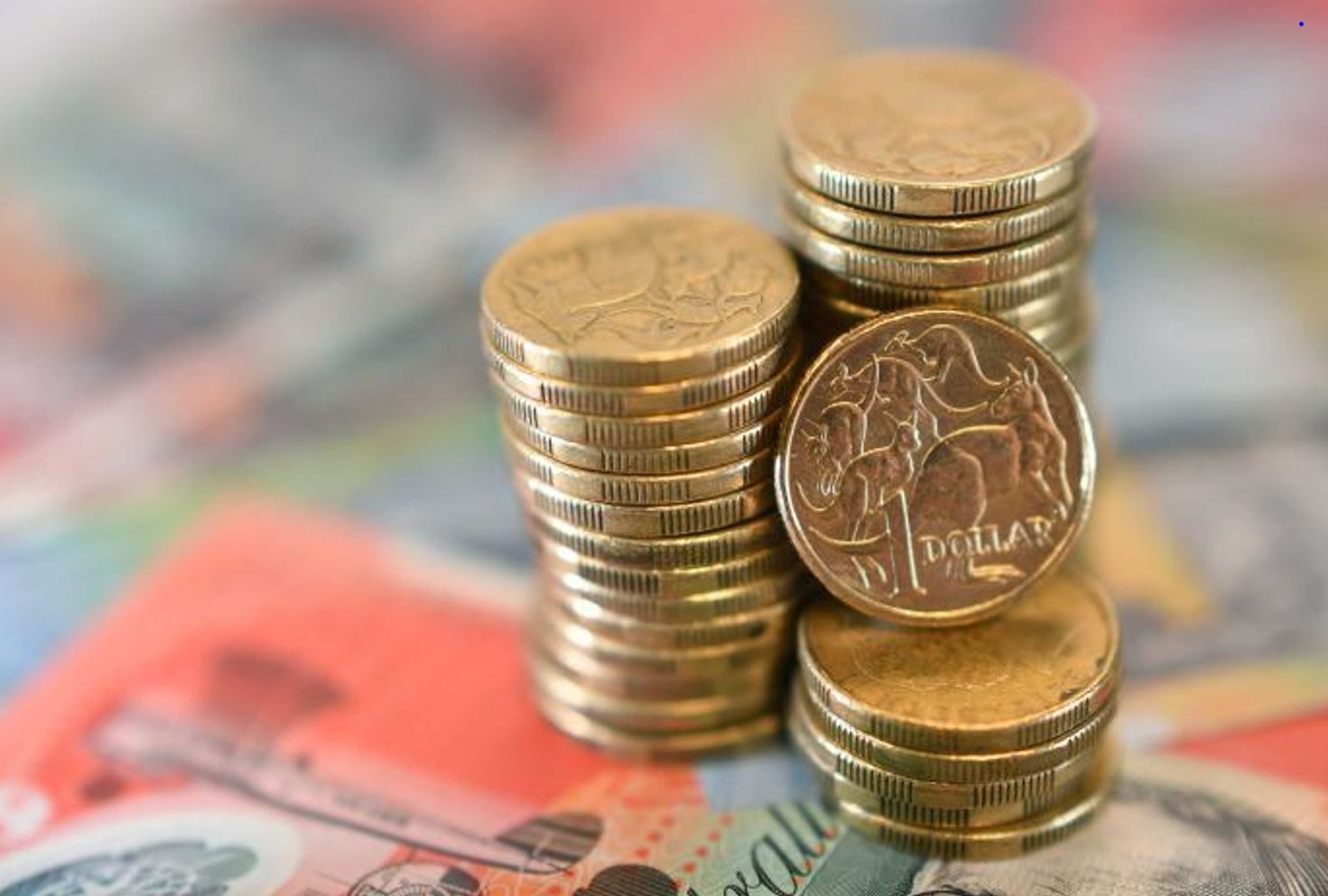 The Australian dollar’s been on a rollercoaster ride over the past 24 hours, soaring, then plunging, before attempting to climb again.

The combination of a strong Australian jobs report for June, another shellacking for the Chinese yuan and comments from US President Donald Trump ensured an interesting and opportunity-filled session for traders.

After surging higher on the back of a stellar Australian jobs report for June, the AUD/USD reversed those gains, and more, in early European trade, succumbing to a renewed bout of investor risk aversion sparked by another sharp selloff in the Chinese yuan, sending it skidding to a more than one-year low against the US dollar.

The weakness in the yuan saw risk assets such as stocks and commodities weaken, dragging the AUD/USD to as low as .7320 at one point during the session.

However, just when it looked like the Aussie was going to tumble below the 73 cent level to fresh multi-year lows, Donald Trump stepped in, delivering a broadside to the US Federal Reserve in an interview conducted with CNBC.

“I don’t like all of this work that we’re putting into the economy and then I see rates going up,” Trump said.

The Australian dollar was in freefall until the President took aim at the US Fed in the early hours. 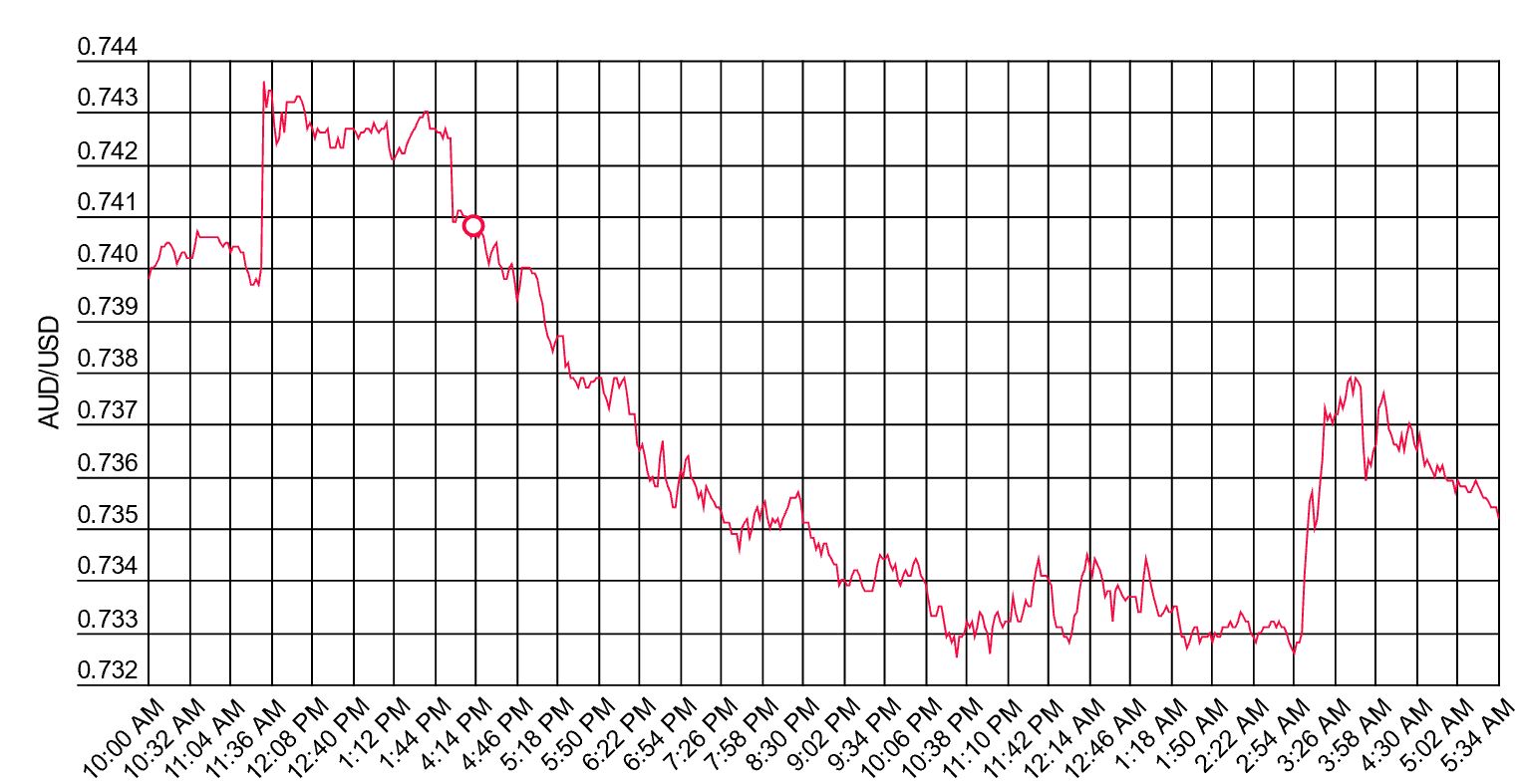 He said he was “not thrilled” about recent Fed rate hikes, although he acknowledged the he was letting the Fed “do what they feel is best.”

The remarks had an instant impact, pushing down US bond yields to the detriment of the US dollar and stocks. They also helped the AUD/USD recover some of the losses seen earlier in the session.

National Australia Bank currency strategist Ray Attrill said the domestic economy and accompanying RBA rates strategy are not the main reasons for the sharp losses by the Australian dollar over the past week.

Mr Attrill said “Australia is one of the big net debtors of the world. It owes the rest of the world around $1 trillion,” from a combination of government, corporate and bank debt.’’

Commonwealth Bank’s chief currency strategist Richard Grace said that increased support for the US dollar was also playing a part in the Australian dollar’s weakness.

“The US economy has strengthened by more than expected,” he said. Last week’s Federal Reserve meeting made that clear, with the Fed upgrading the economic outlook and lifting its interest rate guidance.

At the same time, the European Central Bank downgraded growth and said it expects interest rates to remain on hold for longer than previously expected.

Australia’s economic fate is entwined with China, given the Asian giant is its single largest export market and the world’s biggest buyer of commodities. So President Donald Trump’s plans for tariffs on $US200 billion of Chinese imports are a threat to both.

“While the trade measures implemented to date are too small to knock the global economy off track, the concern is that we are at the start of a cycle where retaliation leads to further retaliation and other countries start raising their tariffs to protect their industries from the fall-out,” said Tony Kelly, a senior economist at NAB.

Commodity markets were certainly spooked with oil and base metals diving overnight. Copper hit its lowest in a year and many consider the industrial metal to be a leading indicator of global economic activity.

All of which was also negative for New Zealand, another open economy that relies heavily on resource exports to Asia and tourism from China.

“AUD and NZD demonstrated they are typically the most sensitive G10 currencies to global trade news,” said Westpac strategist Imre Speizer, in a research note.