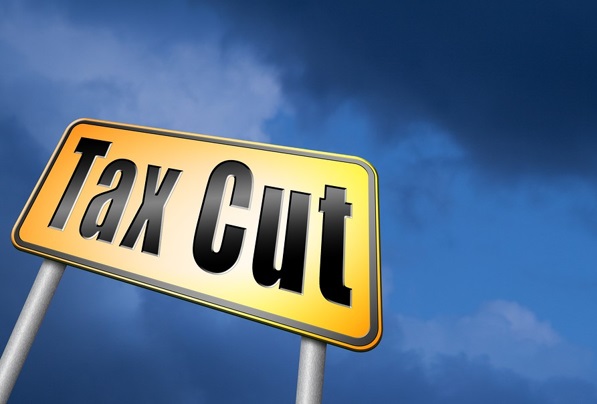 In the 2016–17 Federal Budget, the government delivered its blueprint for its “10 year enterprise tax plan”. Under this plan, by 2026-27 all companies (regardless of turnover) would have a tax rate of 25%.

The tax cuts, which are now law, as amended by the Senate, restrict the rate reductions to companies carrying on a business with an aggregated turnover of less than $50 million.

These changes follow the 2015-16 reduction in the company tax rate from 30% to 28.5%for companies that were “small business entities” under the law at that time (ie. Aggregated turnover under $2 million).

Which companies will qualify for the tax cuts?

The tax cut will only be available to companies with aggregated turnovers of less than $50million. It includes the annual turnover for the relevant year of:

From 2026-27, there will be a two-tier corporate tax system in Australia. Companies carrying on a business with a turnovers of less than $50 million will have a rate of 25%. All other companies will be taxed at 30%.

The Government’s original 10-year-plan makes Australia more competitive for global business activity by lowering the corporate tax rate to 25% for all companies, including the largest multinational groups. 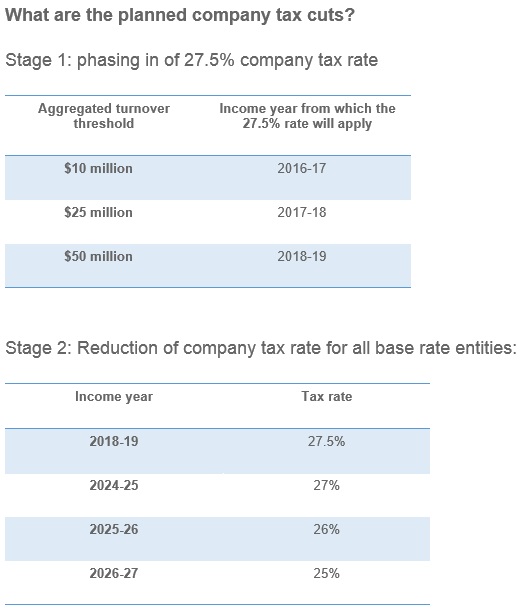 The threshold has now been increased to $10 million from 1 July 2016. The government anticipates that an additional 90,000 to 100,000 businesses will benefit from the concessions.

Two concessions will be subject to lower thresholds:

Increases to the small business income tax offset to 16%

IMPORTANT！ The offset will remain capped at $1,000 per taxpayer, per year regardless of the offset rate.