Drop in house prices is good news for almost everybody

Drop in house prices is good news for almost everybody 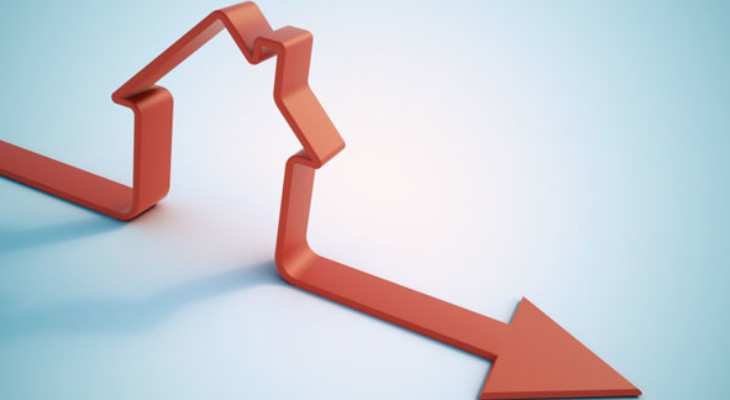 After years of breathless headlines about the rocketing price of housing in this country, accompanied by much political hand-wringing about what, if anything, to do about it, it looks like the boom has finally run out of puff, (almost) of its own accord.

Nationally, prices were down marginally during December (by 0.4 per cent for the month), contributing to a decelerating rate of annual growth, now a modest 4.3 per cent, compared to the double-digit increases we’ve seen in recent years。

Some analysts are predicting actual house price drops over 2018. The trend is not uniform: Melbourne still grew by 8.9 per cent last year, and Hobart experienced a mini boom of 12.3 per cent, but the engine room of Sydney is certainly cooling rapidly, down almost a whole percentage point in December alone and slowing to 3.1 per cent for the year.

It appears to be a result, not of government policy or Reserve Bank intervention (interest rates have stayed steady since mid-2016) but a combination of micro adjustments to banks’ lending rules orchestrated by the Australian Prudential and Regulatory Authority, making property less attractive for investors, and a general change in buyer sentiment from manic to cautious.

Some analysts are predicting actual price drops, down by as much as 10 per cent nationally, over 2018, and around 7 per cent in Melbourne.

While the pundits have not had a great track record – not a year has gone by without the doomsayers predicting a US-style housing market collapse that never happened – it’s still enough to give a typical home owner sleepless nights, especially those who’ve borrowed to the hilt in the expectation of perpetually increasing values.

If you bought at the peak of the cycle (sometime around the middle of last year, depending where you live) and on a minimum deposit, you could well face a period “underwater” – with negative equity – as the market corrects. Ditto FOMO (fear of missing out) investors who came late to the party.

It might become marginally harder to borrow against property for renovations, holidays and the like, as equity shrinks. And those unfortunates who need to sell in a hurry due to personal circumstances (job loss, divorce, illness) might feel some pain at their paper losses.

But for the vast majority of owner-occupiers and would-be buyers, falling house prices are good news.

Home owners who’ve been in their place for a few years are already sitting on massive paper gains, so a pull-back for 12 or 18 months, as happened between 2000 and 2003, will feel like barely a blip. Meanwhile, there’s less chance of an interest rise as falling prices reduce pressure on the Reserve Bank to hike rates.

It will give struggling first home buyers a foot in the door, particularly as investors lose interest and chase better returns elsewhere.

It’s good for the parents who can’t afford to lend to their children from “the bank of mum and dad”, and, more widely, for the majority of Australians who polls indicate are concerned about the long-term societal effect on future generations locked out of the market.

It will become easier for growing families to upgrade, as the relative price gap – the actual amount of cash they need to borrow – decreases between their current home and the next one. The perennial, occasionally expensive, decision of whether to sell first or after is resolved: sell now and your next place will be proportionally cheaper anyway.

Resulting lower stamp duty costs make it more attractive for older owners to downsize and free up larger homes. Couples who divorce will find it easier for one of them to refinance and hang on to the family home. Long term, it could reduce the numbers of households – currently close to 1 million nationally – suffering mortgage stress.

And, overall, wouldn’t it be wonderful if we didn’t have to borrow so much to buy a place to live in, freeing up cash for – dare we say it – the odd smashed avo on sourdough?