Nearly A Tenth Of Australians Live In Apartments

Nearly A Tenth Of Australians Live In Apartments 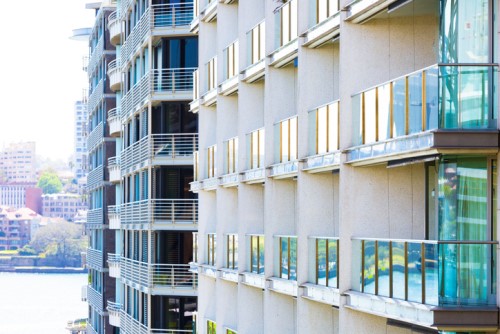 There are about 2.6 million strata title lots across Australia with an insured value of $995bn, according to a landmark report by the City Futures Research Centre at the University of New South Wales Sydney (UNSW)

Strata data had previously been fragmented and difficult to compile, as state and territory agencies each record the information differently, in addition to the multiple companies who service the sector.

“The vast majority of private apartments in Australia, as well as many other attached properties, such as townhouses and commercial properties, are owned under strata title, and this is the first time we have had figures about the scale and value of the sector,” UNSW associate professor and study co-author Hazel Easthope said.

Figures revealed that more apartment households rent (48%) than are owner-occupied (12%). Another 14% are under mortgage. Meanwhile, half of all apartment residents are in the 20-39 years old age bracket, followed by those aged 40-59 (20%).

Over a third (35%) of apartment households consist of just one person, followed by couples without kids (24%), and couples with kids (13%). In total, nearly a tenth (9%) of the Australian population live in apartments.

Easthope said the report shows the size and economic responsibility of what is effectively a fourth tier of government.  “Strata schemes operate like another tier of government in that they collect levies or taxes for the buildings’ upkeep; they have elected representatives who sit on strata committees; and they have by-laws that govern behaviour about what you can and can’t do on the property.”

“But, unlike a government, they are run by volunteers – individual owners who have been elected to make decisions about how to manage the building,’’ she added.