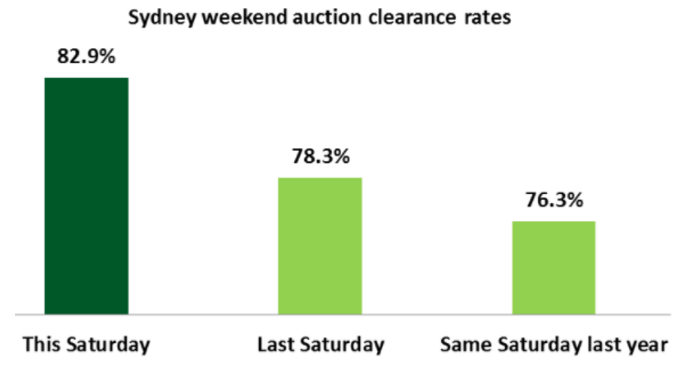 Sydney’s auction clearance rate at 82.9 per cent on Saturday.

Sydney recorded a clearance rate of 82.9 per cent on Saturday which was higher than the previous weekend’s 78.4 per cent and well ahead of the 76.3 per cent recorded over the same weekend last year.

Sydney’s weekend clearance rate has averaged 81.4 per cent since the season began in earnest in February and from record-high auction numbers – 3719 Saturday auctions have been conducted over the past six weekends which is significantly higher than the previous record of 3547 set over the same period in 2015. 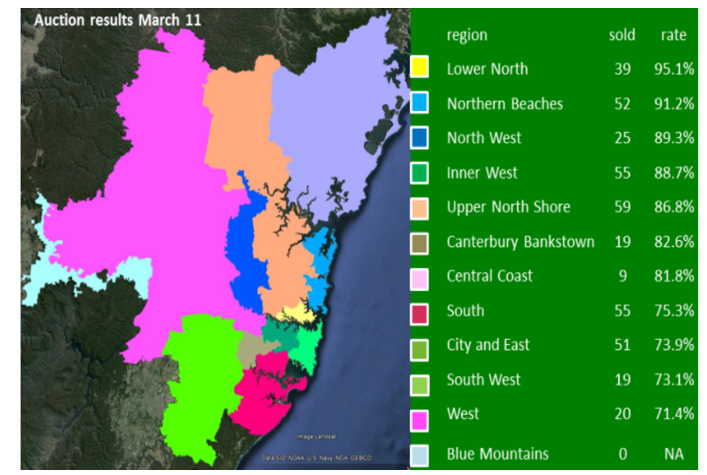 On the weekend 626 Sydney homes were listed for auction, which although below the previous weekend’s 701, was well ahead of the 592 auctioned over the same weekend last year. Next weekend numbers will climb with over 700 auctions scheduled.

Low interest rates remain a significant driver for the recent strong performance by the Sydney housing market. Reflecting a positive result for national economic growth over the December quarter announced by the ABS, the Reserve Bank predictably decided to leave official interest rates on hold over March. Although underlying economic activity remains underwhelming, the likelihood is that rates will remain on hold at least until mid-year.

Canterbury Bankstown had the highest median auction price on Saturday, at $1.1 million for houses and $485,000 for units.

Mortgage rates will likely continue to rise, with surging investor lending again a key target for financial regulators. Higher rates for investors have the risk again of market disruption with lending volumes heavily skewed towards NSW, as well as the Sydney and Melbourne rental markets still tightening with a shortage of accommodation and rising rents.

Sydney’s regional results were unusually consistent at the weekend with all areas reporting clearance rates above 70 per cent. Sydney’s northern suburbs however recorded super-strong results with the north west Hills area continuing its recent heady revival in activity.

The lower north was the top regional performer with a remarkable 95.1 per cent clearance rate with 39 sales out of 41 reported auctions. 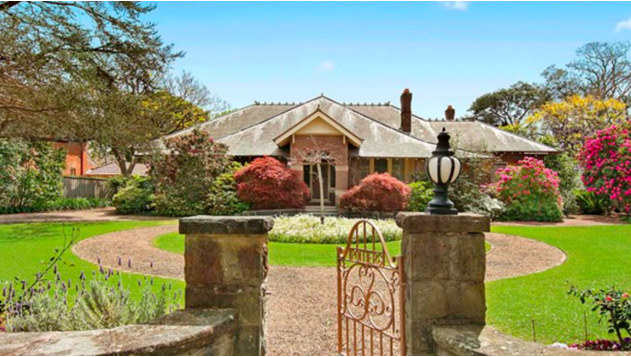 The most expensive property sold at auction on Saturday was at 66 Springdale Road Killara, which went for $5,450,000.

Next highest was the northern beaches with 91.2 per cent, followed by the north west at 89.3 per cent, the inner west at 88.7 per cent, the upper north shore at 86.8 per cent and the highest regional sales at 59.

Domain. (2017). Sydney’s auction market strong as ever with clearance rates bouncing back above 80 per cent. [online] Available at: https://www.domain.com.au/news/sydneys-auction-market-strong-as-ever-with-clearance-rates-bouncing-back-above-80-per-cent-20170312-guweeh/ [Accessed 16 Mar. 2017].