The Next Wave Of Chinese Developers In Australia

The Next Wave Of Chinese Developers In Australia 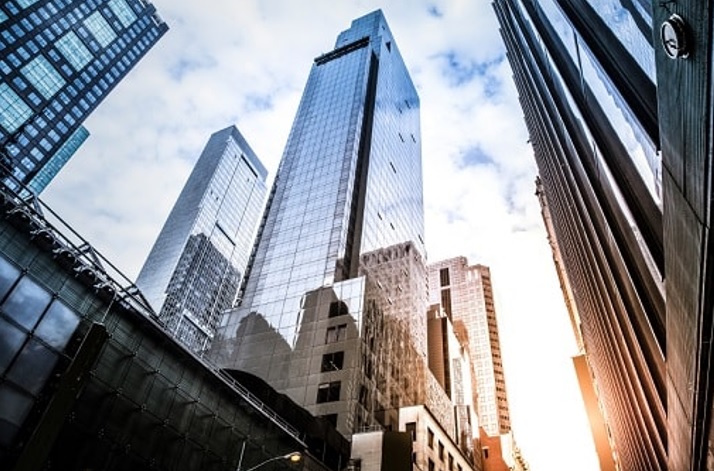 At least 10 Chinese investors and developers who have yet to make their mark on Australian property are preparing to make their foray despite a recent slowdown in corporate activity, driven by the PRC’s upcoming National Congress and stricter foreign investment restrictions imposed by Chinese regulators.

On the Australian front, new federal and state taxes on foreign buyers and tighter lending restrictions have also led to negative sentiment for potential Chinese developers and investors. However, according to Michael Zhang, JLL’s head of China desk, many Chinese real estate companies are still very serious about investing Down Under.

“Australia continues to be a major investment destination for Chinese capital and many Chinese real estate companies are serious about having some footprint in Australia,” Zhang said.

In a new report, entitled The Future of Chinese Residential Developers in Australia, JLL ranked the 10 largest residential developers who have yet to enter the Aussie property market. Number one on the list is China Merchants Group, a Hong-Kong based state-owned corporation. Ranked second is Sun Hung Kai, a real estate corporation with a market capitalisation of $56bn. Other notables include Evergrande Group, a Guangzhou-based property developer (ranked fifth); and Henderson Land Development, a listed property company (ranked sixth). 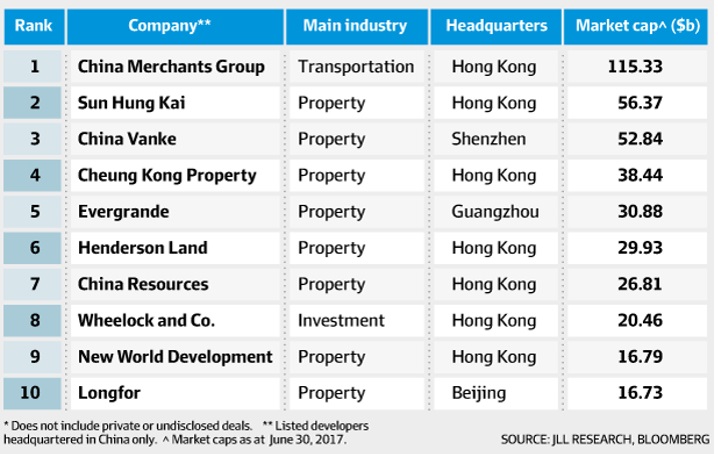 “Some of the Chinese residential developers on this list are already showing interest in the Australian market or are involved in Australian industries outside of the residential real estate sector,” said Vince De Zoysa, JLL senior analyst for residential research in Sydney and author of the report.

“We have already seen some of these firms enter Australia through other industries, in particular infrastructure. This allows them to establish a local presence in Australia in their core industry before moving up the risk and reward curve into residential development,” he added.

A key driver for these Chinese developers will be the health of the foreign retail buying market for new apartments in Australia. The 2017-18 federal budget changed the rules so that developers selling new multi-storey dwellings can only offer 50% of the total development to overseas buyers. Foreign owners of investment property will also incur a capital gains tax of 12.5% when selling their main residential asset.

While Juwai.com recently forecasted that Chinese buyers will spend $104.5bn on global property this year, which is a significant decline from last year’s record high of $133.7bn,  While the report predicts that Chinese international investment will be lower in 2017, it would still rank among the top three years on record.

The top five countries for Chinese investment by dollar value last year were:

Australia is particularly attractive to Chinese investors due to its physical proximity to China. Investors from the mainland are also attracted by Australia’s world-leading 26 years of recession-free economic growth.